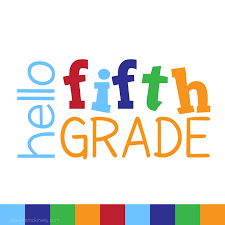 Fifth graders work hard on projects and tasks that require them to draw on the skills and strategies they have been learning in elementary school. School work gets more difficult, as students may have separate teachers for each subject for the first time. Teachers challenge students with long-term projects that require planning and organization.

The social life of fifth graders often overshadows what they learn — at least for them. Who their friends are and what they think is more important than ever as puberty begins to bloom. At the same time, fifth graders may experience excitement about what they are learning and able to do, as well as new anxiety. In many schools, fifth graders will soon be moving on to middle school, and children may feel both thrilled and overwhelmed by the transition. Parents, guardians and teachers can play a critical role in listening, reassuring and supporting the new individual that is starting to emerge.

Fifth graders are asked to read a lot in a variety of subject areas. They’ll learn to analyze characters, plot, and settings, as well as to recognize an author’s purpose for writing and his organizational strategies. By reading all the time in their classrooms, in libraries, and at home, they’ll be able to find what they like to read. Reading for pleasure helps students build their vocabulary and fosters a lifelong love of literature. (Soon, their opportunities for independent reading will be swallowed up by the wealth of middle and high school reading assignments and peer activities.)

Fifth graders have become skillful writers with their own individual styles. They produce and present research projects, and write more complex narratives and creative fiction. They are asked to edit their writing, using what they have learned about the rules of grammar, spelling and punctuation. As in reading, they should be encouraged to explore writing for personal expression, putting their often intense feelings onto paper through poetry, stories, and song writing.

Fifth graders learn to solve complex problems with complex numbers. They divide whole numbers, with and without remainders. They make connections between decimals, fractions, and percentages. They learn to multiply and divide fractions and to do the same operations using the powers of time. They apply these skills to the real world by solving problems about time, measurement, and money.

Fifth graders are now accomplished scientists who can observe and experiment to gather data and draw conclusions. They have expanded their knowledge of the physical world and can apply the basic math and science skills they’ve acquired to their observations. They learn about the processes of living things, like photosynthesis and digestion. They look at the Earth and its resources, and how people use and affect those resources. Some might experiment with simple chemical reactions. Topics may include Earth’s atmosphere and weather, the solar system, and classifying matter.

Fifth graders learn about the people and events of early American history. They compare Native American and colonial experiences with present-day life, focusing on the differing cultures of each original colony. They learn why people moved to the United States and explore the routes and consequences of those movements.

They also have to work, in and out of school, on the social issues that arise within their peer groups. They learn about the many changes that puberty brings to their bodies. The social arena dominates fifth grade life, and they need help figuring it all out, from coping with rejection, to resolving conflicts, to handling bullying and violence. Many fifth graders have a growing awareness of the opposite sex, and this may be addressed by fifth-grade teachers as part of a health awareness or sex education program. (PBS)