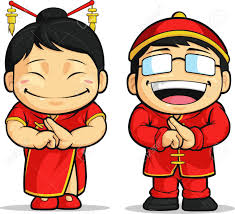 A Chinese culture and language class is offered for all sixth graders. Each sixth grader dives into the fantastic world of Chinese culture for four weeks in each of the three trimesters, for a total of 12 weeks for the year. This course is a fun introduction to Chinese language and culture, and includes fun cultural activities; such as Chinese calligraphy, paper cutting, knot tying, songs, and making dumplings. Students also learn basics of the language; how to introduce oneself, colors, parts of the body, etc. There are no prerequisite for this course.

Sixth Grade Spanish at Sisters Middle School offers students an introduction to the Spanish language and a glimpse of Spanish culture. Students learn the alphabet, numbers, how to tell time, how to describe themselves and others, and how to do simple verb conjugation. They also learn about Day of the Dead, bullfighting, tapas in Spain, flamenco, and other elements of life in a Spanish-speaking country.

Class topics are practiced and solidified through art, music, games, and speaking activities.