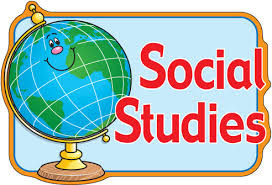 The strands of Social Studies covered in seventh grade include the following:

Seventh graders will relate significant events and eras in local, state, United States, and world history including origins of the three monotheistic religions and their influence on Europe, Asia and Africa, Islam, the Holy Crusades, and the Roman Empire. We will examine the significance of trade routes through Asia, Africa, and Europe.

We will compare major people and events that led to developments in the regions of Africa, Asia, and the Southwest Pacific.

The geography and physical environment of the eastern hemisphere and how this influenced trade, cultures, and the economy will be studied.

We will understand and apply knowledge about governmental and political systems of early citizens, including tribal, monarchy, democracy, theocracy and oligarchies of the eastern hemisphere.

We will cover economic concepts and principles of supply and demand, the function of imports and exports. In addition, how available resources are allocated in a market and other economies will be addressed.